"Geeks", gamers and other "otakus" get together from March 15th to 17th in St Denis for the third edition of the Gamers Festival.

"Geeks", gamers and other "otakus" get together from March 15th to 17th in St Denis for the third edition of the Gamers Festival. 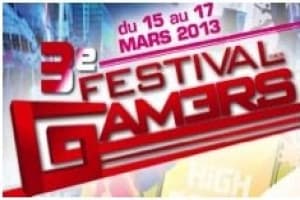 Gamers Festival 2013, the joys of the console ... even on holidays!

You dreamed that your teen would "disconnect" as he came to the tropics, but you surf the internet during your vacation and he read over your shoulder. You are lost! Because, just like every year, "geeks", gamers and other "otakus" get together from March 15th to 17th at the Nordev Park in Saint Denis for the third edition of the Gamers Festival.

Main benefit: during these two days, your rebellious teen will no longer grumble because you drag him on steep paths under a blazing sun. He will sigh no more when you make him admire all these beautiful Creole houses. No, this weekend, his laughing muscles will be stuck somewhere near the ears. He’ll have a blast! And he shall tell his buddies about it long after his return.

For the Gamers Festival has become a can’t-miss event for video game lovers and therefore an event that’s not to miss!

Three areas will be offered to the public for every taste, from novice to experienced and/or passionate player. There will even be a space dedicated to mangas! And the icing on the cake is that our great local video game creators will be present for you to test out their latest games on tablet.

With their huge 18 sqm stand and four giant screens which will continuously display demos of their new features, you cannot miss them! On the menu: "Ice Core 2," the sequel to "Ice Core," THE most successful game last year, "MegaBike", a bike racing game inspired by our local Megavalanche in the magnificent scenery of Reunion Island from the lagoon to the volcano and through the sugar cane fields. Our young local designers are also there to invite you to test their new creations on DG engine (Dream Game), the 4 Funky Monkeys straight out of ILOI (Institute of Image of the Indian Ocean), as well as Lionel Darie, the brilliant inventor of "Frantic Race 2", another success with nearly 800,000 downloads last year, and a few surprise current productions. And if your prodigy "kicks asses", he might win one of the T-shirts bearing the image of his favorite game.

Come on, don’t be sceptical: a recreational space is also provided on site for you traditional game lovers. While he gets excited on the levers, the tablet or his smartphone to win extra lives or blow off monsters, you’ll rack your brains to score more points at Scrabble, slamming dominoes loudly as we do here. Unless you wish to discover mahjong, a strategy game or even a card game. In short, two days to play with or without a screen.

Then again, you can also leave him there all weekend, and find some time for yourself…